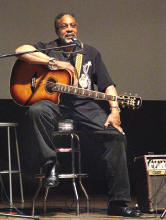 James “Nick” Nixon has been part of Nashville’s diverse music scene for over 40 years. In the early ’60s, he played with Jimi Hendrix and Billy Cox when they were stationed at nearby Fort Campbell. He has played for many years with the New Imperials, a popular R&B and blues act.
Nick has made two successful gospel albums, one of which was named by a New York trade magazine as the “Best Gospel Album of 1998.”

The Black Magic label has recently released No End to the Blues, produced by Fred James, featuring 14 of Nixon’s original songs. Nixon’s European tour in support of that release found him raising the roof when he brought Otis Clay on stage for a couple of gospel songs.

Nixon has been on stage with some of the biggest names in music, including Clarence Carter, Bobby “Blue” Bland, Bo Diddley, Johnny Taylor, Tyrone Davis, the Manhattans, Peabo Bryson, and Earl Gaines. He has recorded and produced many gospel acts, including Lady Corder Chapman, Reverend Doctor Amos Jones, and the Grammy Award winning Fairfield Four.

Working with children has always been part of Nick’s life. He taught guitar at the Nashville Metro Parks music department for over 30 years, and since 1997 has teamed up with Shannon “Bayou” Williford to bring a blues education workshop to over 100,000 children in Tennessee and across the Southeast. In 2000, the duo was recognized by The Blues Foundation for outstanding work in blues education with a Keeping the Blues Alive Award, the highest award available to a blues educator.

He was subsequently elected to the Board of Directors of The Blues Foundation.
Nixon has also been recognized as Male Vocalist of the Year and Acoustic Act of the Year by Music City Blues. He continues to write songs with several important figures around town, including Richard Fleming and Scotty Moore, famed guitarist for Elvis Presley. 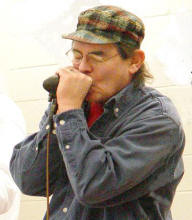 Williford holds a Masters Degree in Reading Education, and spent seven years teaching in the Louisiana school systems. He started down the road toward becoming a blues educator during those years, bringing Larry Garner into his classes to talk about blues history and songwriting.
He teamed with James “Nick” Nixon in 1997 to put together a workshop titled “What Did the Blues Do for You?”

Since then, the duo has presented its program to over 100,000 children across the Southeast. In 2000, Williford and Nixon were recognized by The Blues Foundation for outstanding work in blues education with a Keeping the Blues Alive Award, the highest award available to a blues educator. He has also received the Bluesey Award for “Harmonica Player of the Year” from the Music City Blues Society several times.

Williford teaches harmonica for the Nashville Metro Parks department, and in several schools in Nashville. He also writes about the blues, publishing in Blues Access, the Nashville Music Guide and Big City Blues, along with contributing liner notes to several projects.

His own band, Delicious Blues Stew, earned a spot in the finals in the 1997 International Blues Challenge in Memphis, and has recorded three albums, the last two on the Nightfly Music label. The group also has cuts on several compilation albums. Playing an eclectic mix of original tunes and classic Louisiana covers, the Stew brings the spirit of Mardi Gras to every gig. Bill HaymesBill Haymes grew up on a small Missouri dairy farm, where family jam sessions introduced him to an eclectic mix of music. He attended Rice University, then moved to Maryland, where he played the college coffeehouse circuit while developing his songwriting.
In the early ’70s, he recorded Bill Haymes – USA, featuring songs written about his experiences on the road. He made his first trip to the Kerrville Folk Festival in 1976, and was a New Folk winner there.

Haymes then moved closer to home, locating in Little Rock, where he continued his career as a touring musician. He started teaching songwriting, too, working with children in an NEA-funded Artists in Education program. He also taught a class at a summer enrichment program for gifted teenagers, called the Arkansas Governor’s School. In 1982, Bill became a featured artist in the Starlight Concert Series, presenting six to eight outdoor concerts each summer in Arkansas state parks.

In the late ’90s, Haymes relocated to Nashville. He continues to tour nationally, as well as performing in his new hometown, at the Bluebird Cafe and other venues. Bill has toured in South America, guested on Garrison Keillor’s “A Prairie Home Companion” and on Tom May’s nationally-syndicated “River City Folk.” His latest album is titled Brave New World.

Tim LorschTim Lorsch, well known as an outstanding mandolin and fiddle player, works as both a studio musician, a live performer in the Nashville area, and a producer. With Walt Wilkins and Randy Wayne Sitzler, he started Highway 29 Records, an independent label that focuses on Americana music. He appears on numerous recordings, including A Spectacular Bluegrass Christmas, on which he has two tracks.

“Patio Daddio” Achord was originally from Baton Rouge, Louisiana, moving to Music City in 1993. He has worked with many of the biggest names in music, including Jo-el Sonnier, Essra Mohawk, Bill Monroe, Carlene Carter, and many others.

Patio is the top songwriter for Delicious Blues Stew, where he plays bass and shares lead vocal duties with Shannon “Bayou” Williford. He is well known for his stage creativity and humor, often performing in costume at Mardi Gras. The band earned a spot in the finals in the 1997 International Blues Challenge in Memphis, and has recorded three albums, the last two on the Nightfly Music label. The group also has cuts on several compilation albums.

Playing an eclectic mix of original tunes and classic Louisiana covers, the Stew brings the spirit of Mardi Gras to every gig. Music City Blues recently named Achord the Bass Player of the Year. In addition, Patio was part of the Acoustic Stew, which won Music City Blues’ Acoustic band challenge in 2003.

Achord teams up with Shannon Williford to present Swamp Stories, using storytelling and humor to teach children about cultural differences and history.

Dave MacKenzieDave MacKenzie was born in St. Louis and went to school in Iowa, Colorado, Germany and Mississippi. Inspired both by Elvis and the folk boom of the ’50s, he got his first guitar at age 10, and played his first professional gig at age 13 at an NCO club in Germany.
After meeting blues legends Bukka White, Furry Lewis and Sleepy John Estes, Dave moved to Chicago in 1972, working in local clubs, eventually ending up in larger concert venues as the opening act for Muddy Waters, B.B. King, John Lee Hooker and dozens of other blues and rock ‘n roll headliners.

MacKenzie then moved to Los Angeles as a songwriter, with cuts by David Soul, David Bromberg, gospel greats Edwin and Tremaine Hawkins and the rock band Jackal. He also worked as as a studio musician, which led to his becoming a music producer for radio and TV commercials and to writing scores for independent films.

He was the blues guitar instructor at McCabe’s guitar shopin L.A., and gave a lecture series on the history of pre-WWII blues at Santa Monica City College, before moving to Nashville in 1989. His first two solo albums were both nominated for Nashville Music Awards and received excellent reviews in the US and Europe.

Dave has toured Europe every year since 1996, playing major blues festivals such as Kiel (Germany), Utrecht (Holland) and Brugge (Belgium) as well as scores of concert & club dates and radio and TV appearances. He’s been included in several European blues compilation CD’s and his most recent album was issued by the Dutch/Belgian label Black & Tan to universal critical praise in Europe and the US. 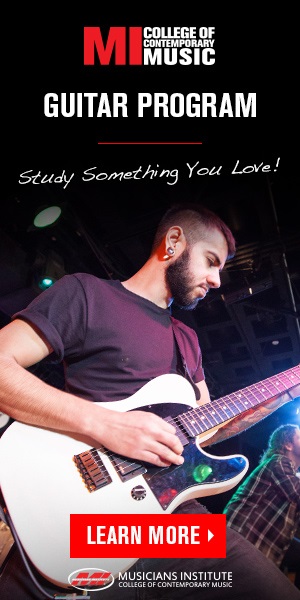 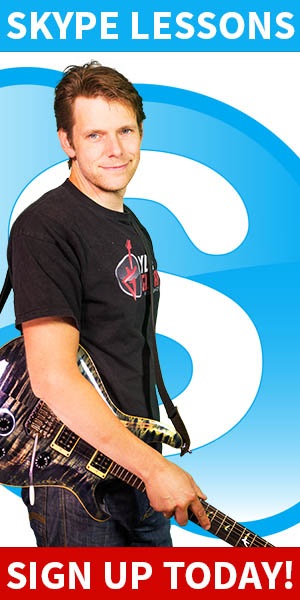